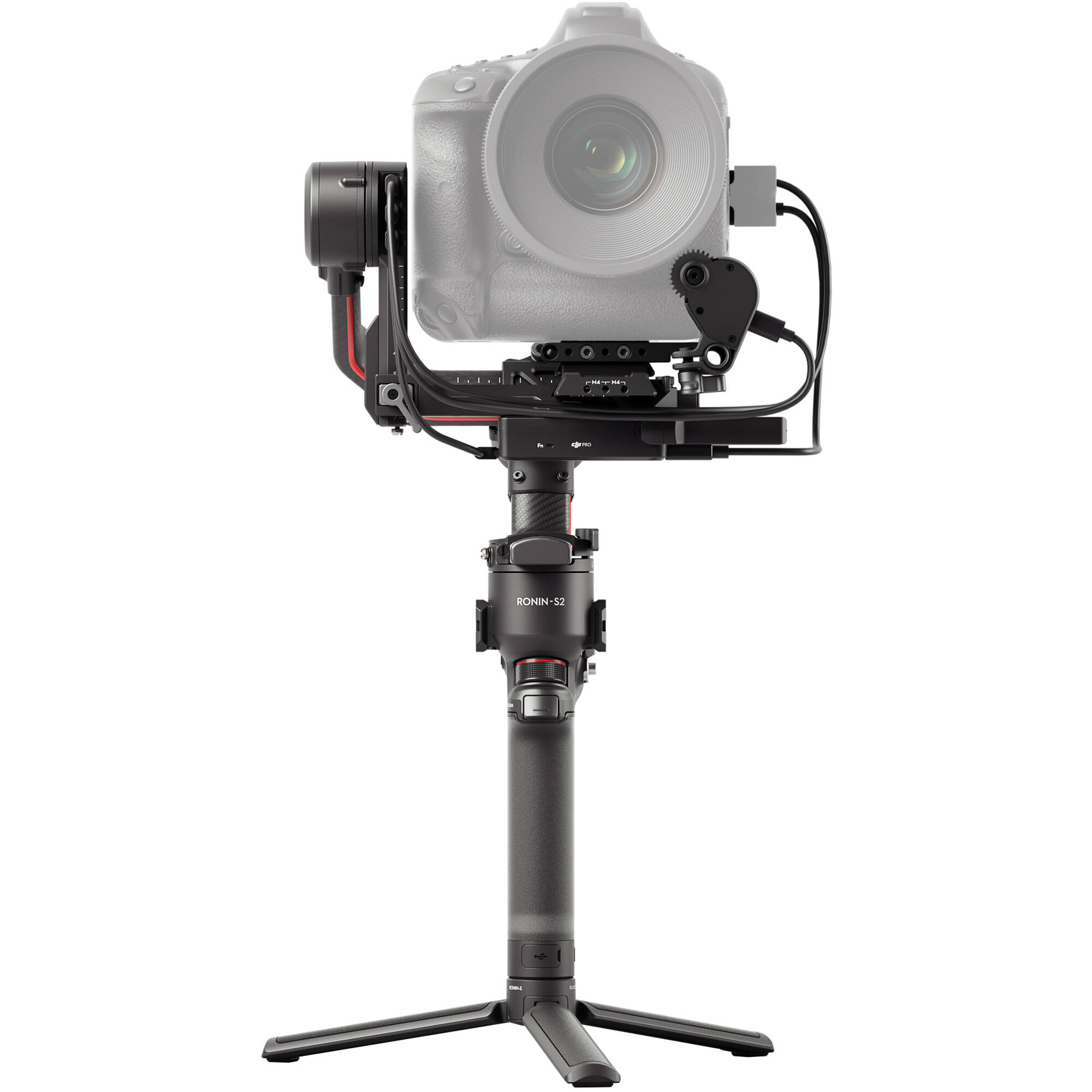 The DJI RS 2 Pro Combo packs several additional accessories with the RS 2 gimbal to provide for a more comprehensive workflow. A key addition is the DJI Ronin RavenEye Image Transmission System, which allows for 330' 1080p video transmission from the gimbal with a latency of only 50ms for on-set collaboration. The other extra accessories are a focus motor, phone holder, two focus gears, and three HDMI cables.


The RS 2 gimbal is a redesigned follow-up to the Ronin-S gimbal with a payload of up to 10 lb. It's about 25% lighter and more compact thanks to monocoque carbon fiber axis arms and a shorter grip handle with a smaller battery cartridge, although still with a 12-hour runtime. The motors are about 20% more powerful and support cameras such as the Blackmagic Pocket 6K, Canon 1D X Mark III, Sony a7S III, and ALEXA Mini LF.
The RS 2 also has a 1.4" full-color LCD touchscreen that allows you to access gimbal settings as well as features such as time-lapse and hyperlapse, which were previously accessible only via the companion mobile app.

The RS 2 uses the DJI Titan stabilization algorithm to provide improved stabilization with increased smoothness. In applications with up to 100mm zoom lenses, a built-in feature called SuperSmooth complements the algorithm by compensating for micromovements and increasing torque to achieve fluid motion (an optional lens support is required).

There are also two RSA ports with electrical contacts for dedicated accessories, and each port has a NATO mount for quick release attachment of these optional accessories. One RSA port is provided on the left and one on the right side of the gimbal. Supported accessories include a focus wheel, a twist-grip dual handle, and a universal mount for efficiently attaching the gimbal to a car, jib, or slider.

The companion iOS/Android Ronin app offers many creative features in addition to standard time-lapse and panorama functions. Time Tunnel combines roll motion with hyperlapse to "twist" space and time. Track allows you to create a repeatable camera movement path for a tightly choreographed shot. Force Mobile makes the gimbal follow your smartphone's movements. Force Mobile can also be achieved with enhanced responsiveness when you use the included RavenEye transmission system. When you use the RavenEye, you can also display a live view of your subjects on the touchscreen when using the RavenEye's ActiveTrack feature.

The RS 2 uses a dual-layer Manfrotto plus Arca-Swiss camera mounting system with two removable quick release plates. For social media content, the gimbal can be adjusted at the tab of a button to position your camera into portrait mode. To let you efficiently balance your camera, the RS 2 has an axis lock on each axis, so you can unlock and balance one axis at a time. Additionally, a fine-tune balancing knob allows you to further dial in the optimal balance for your camera.

The gimbal runs for up to 12 hours on a battery cartridge that secures to the included grip handle. The cartridge can easily be swapped out for another one, sold separately. The cartridge is rechargeable via a USB Type-C port on the grip, and the grip can be completely removed from the gimbal when you need to recharge the battery. The BG30 grip is compatible with the PD and QC 2.0 charging protocols. DJI highly recommends using a 24W charger, not included. The battery supports 24W fast charging and can be fully recharged in about 1.5 hours.

The RS 2 comes with a splash-proof carry case designed with dedicated compartments for the different parts of the gimbal and key accessories. A mini tripod is also included and attaches to a 1/4"-20 thread on the bottom of the grip handle to function as a stand or an extension handle for two-handed maneuvering of the gimbal in certain scenarios.

Note:DJI recommends using only the dedicated Ronin quick release plates for mounting a camera, and a 24W USB charger for recharging the included battery. 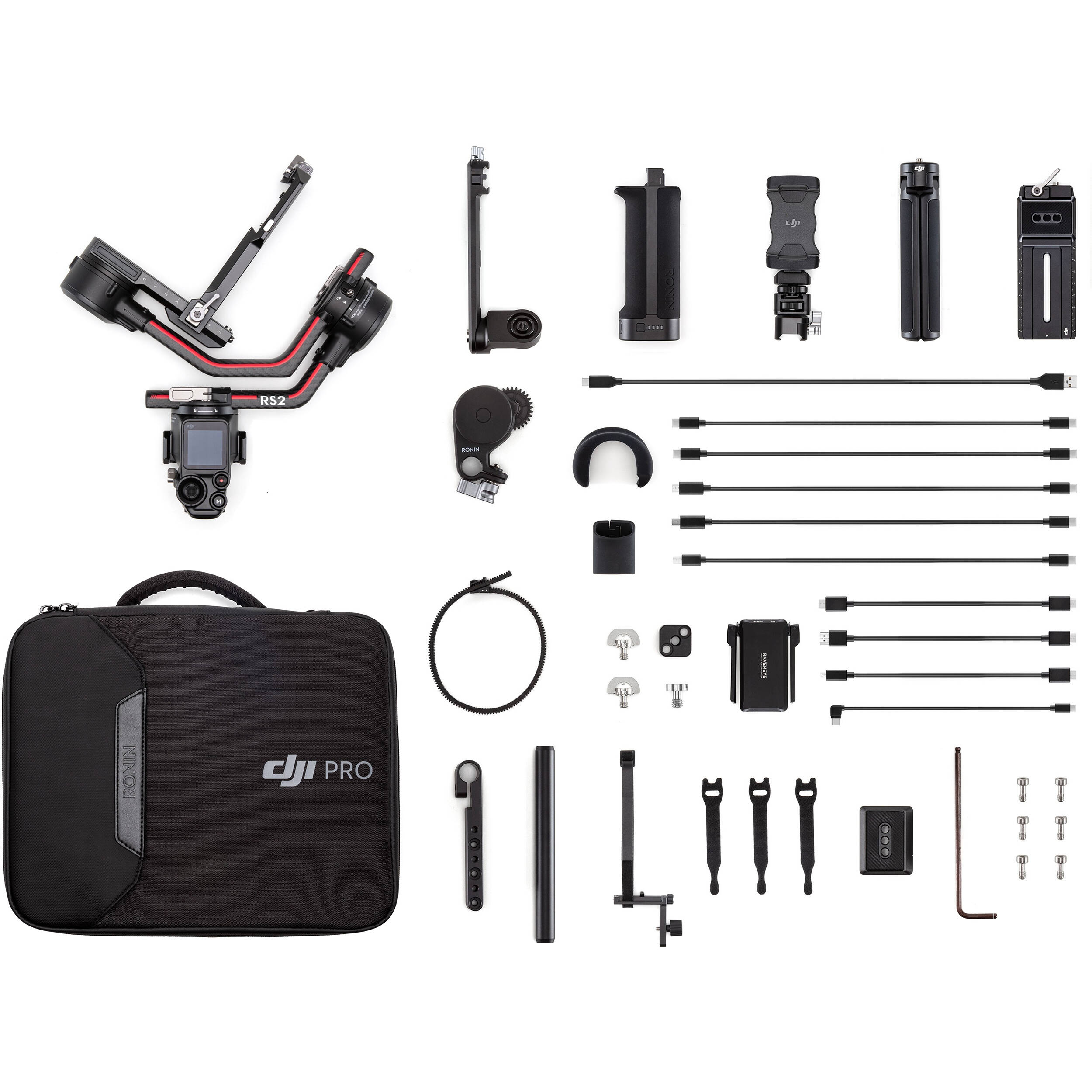 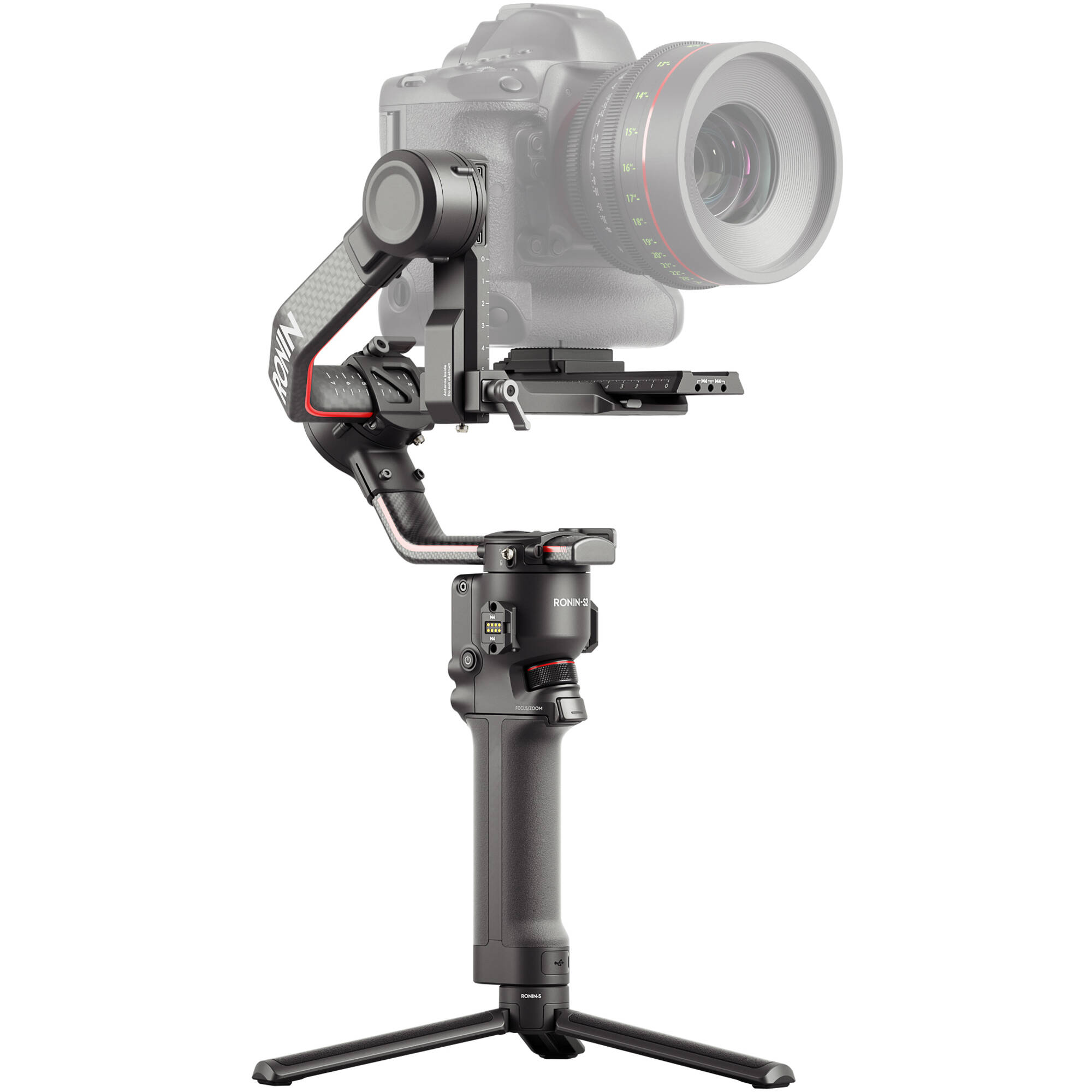 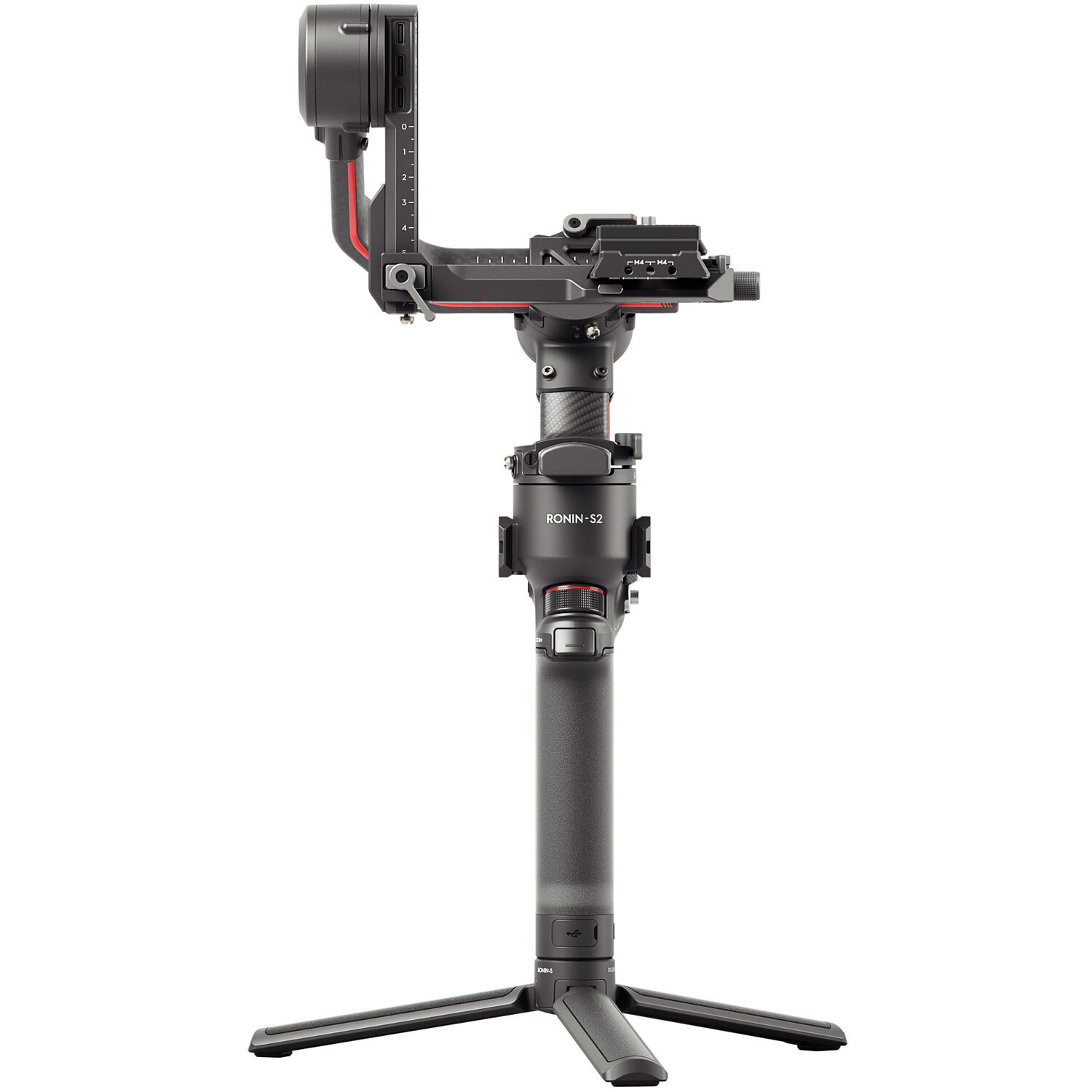 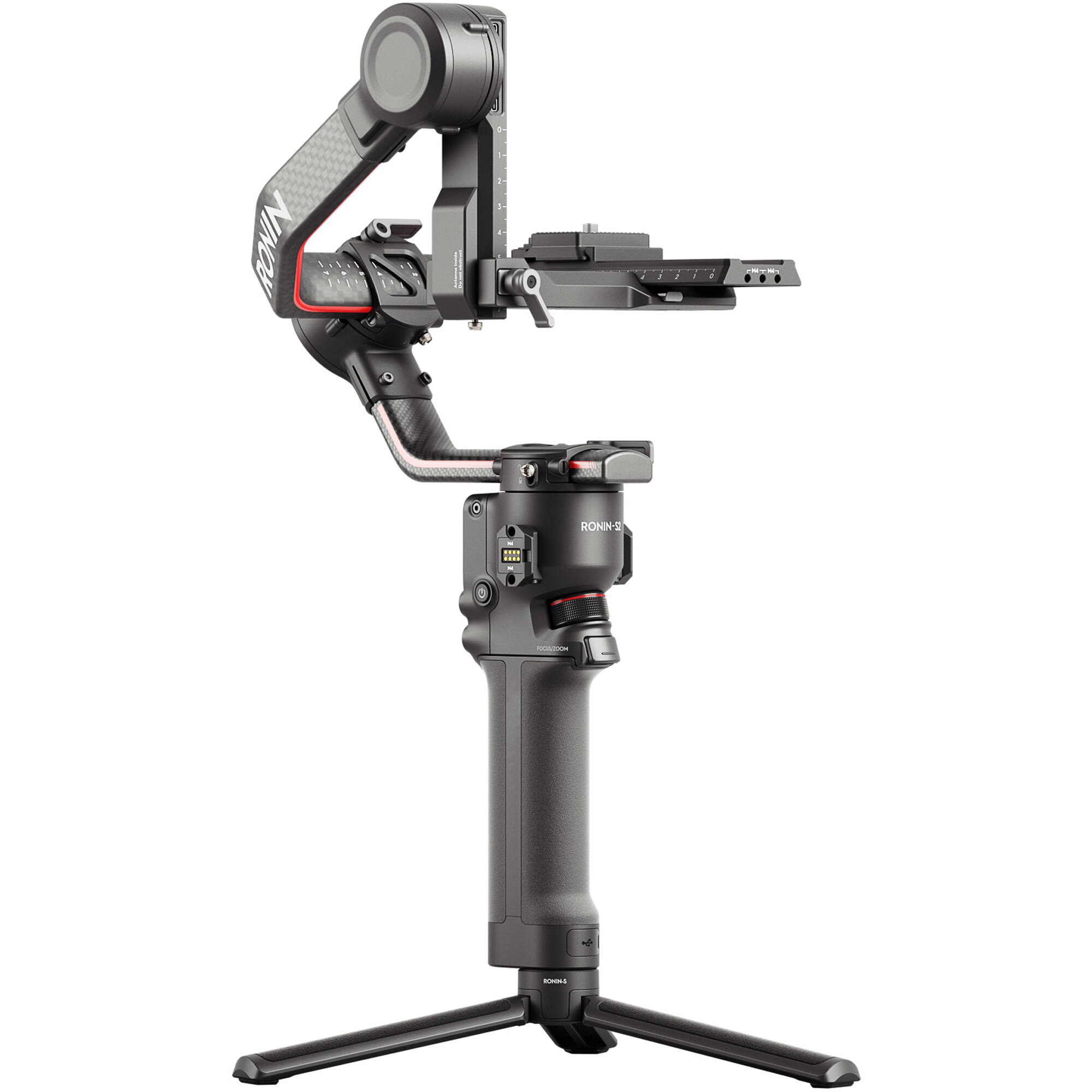 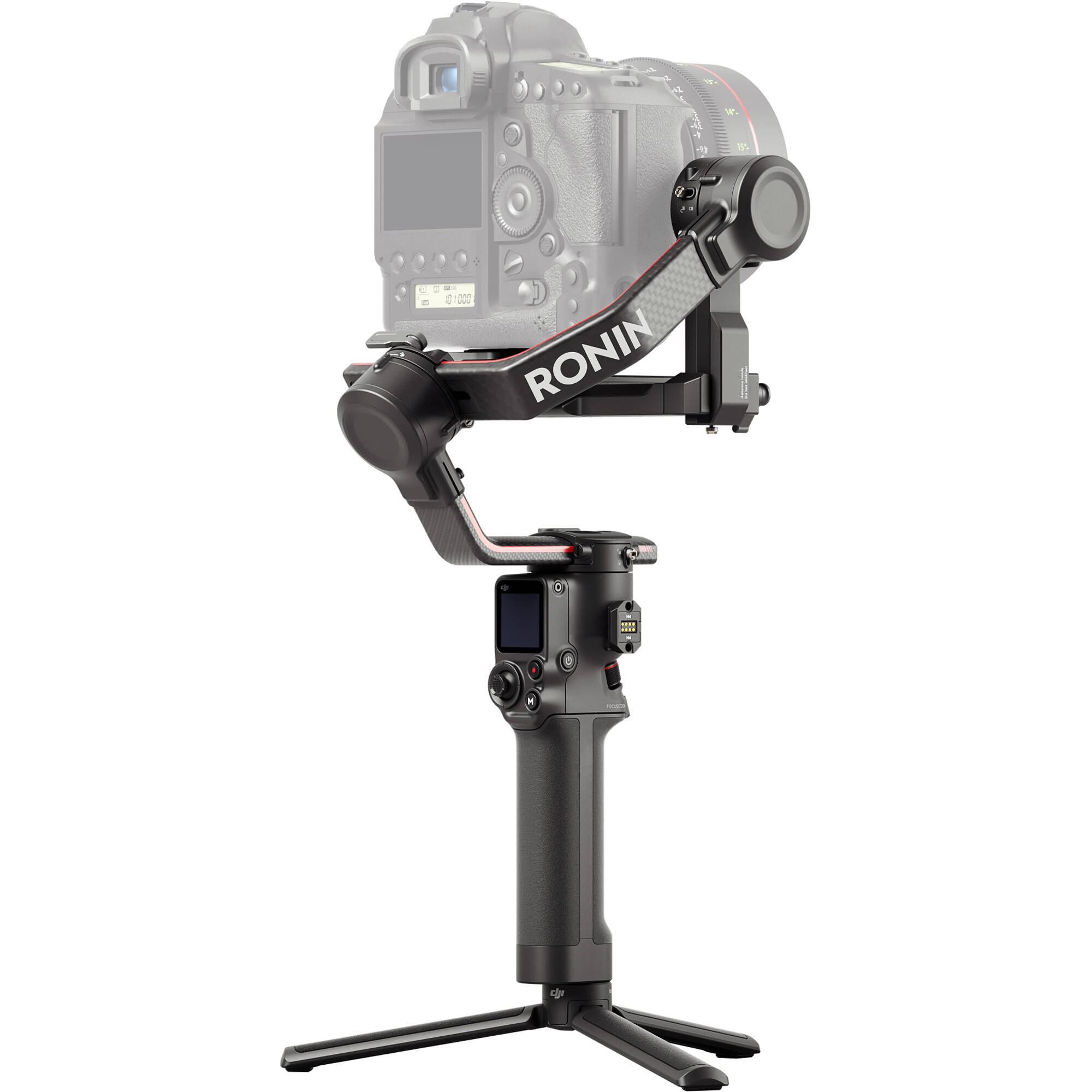 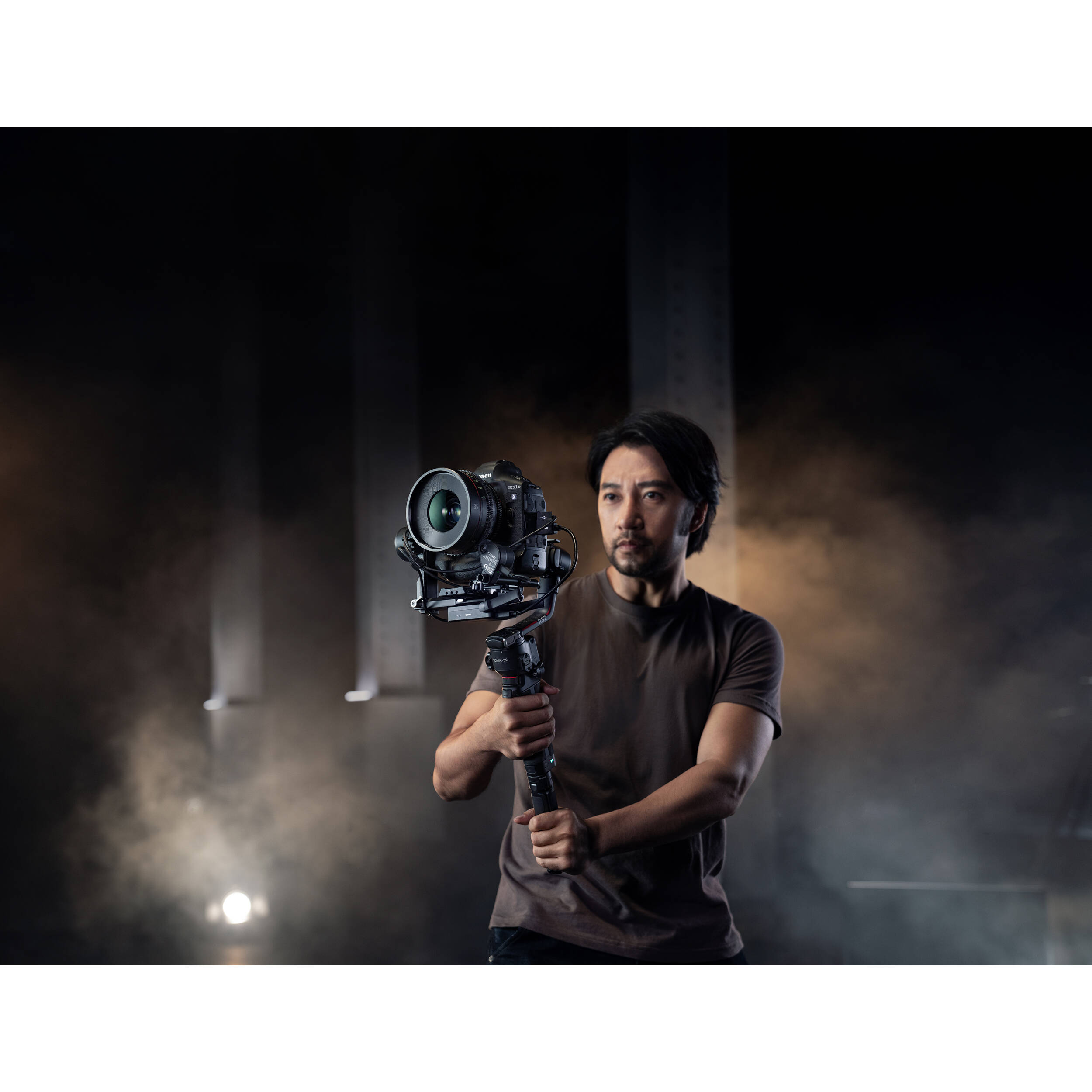 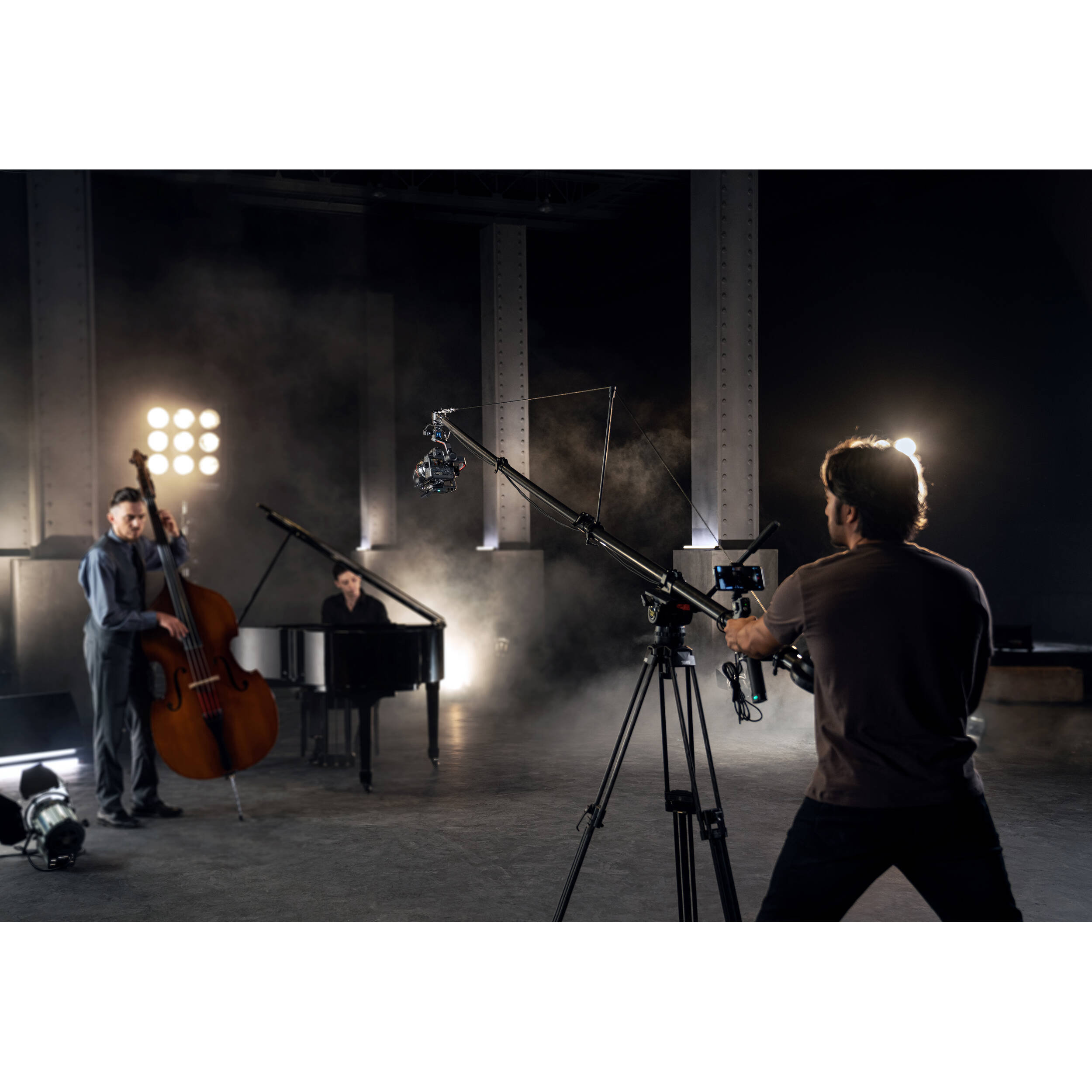 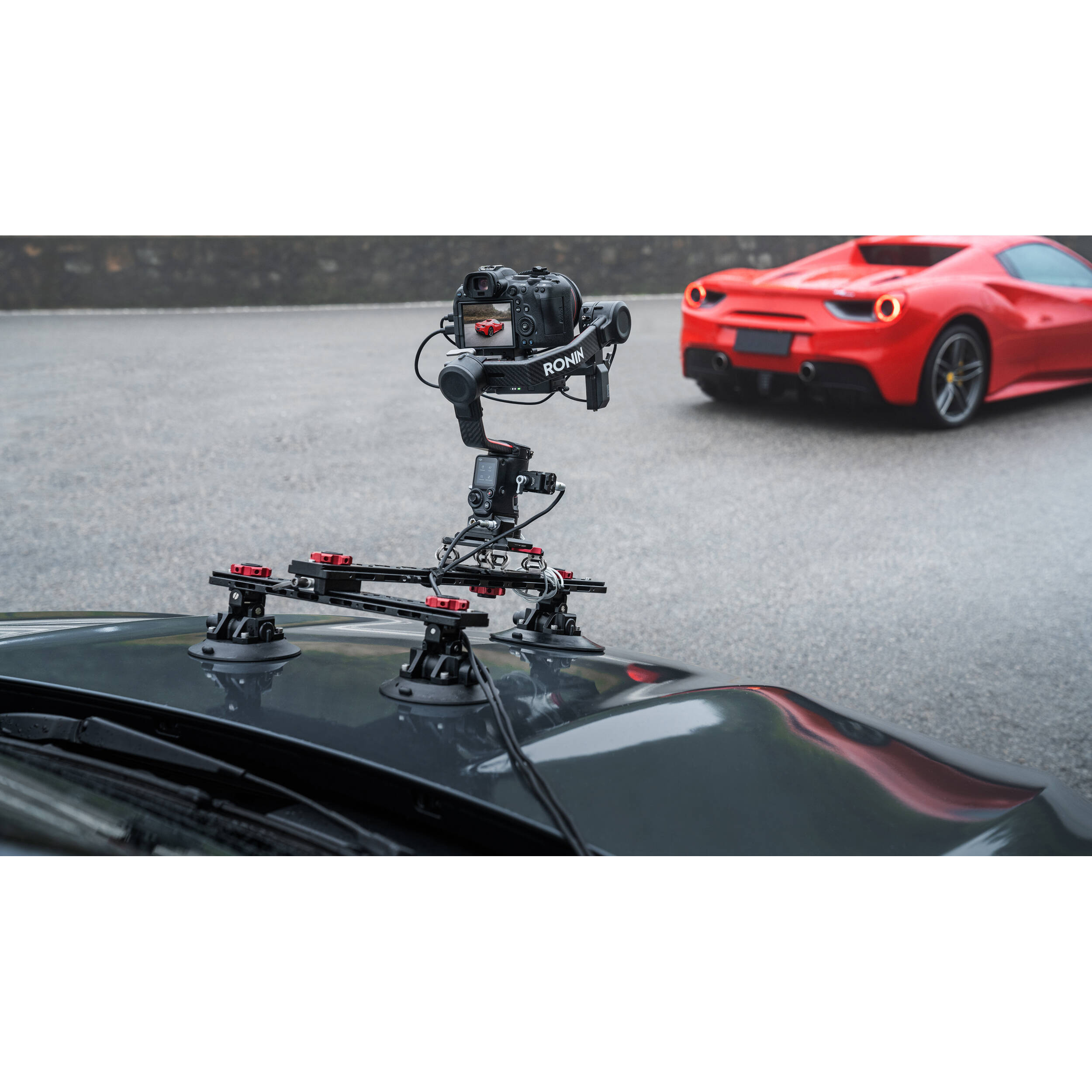